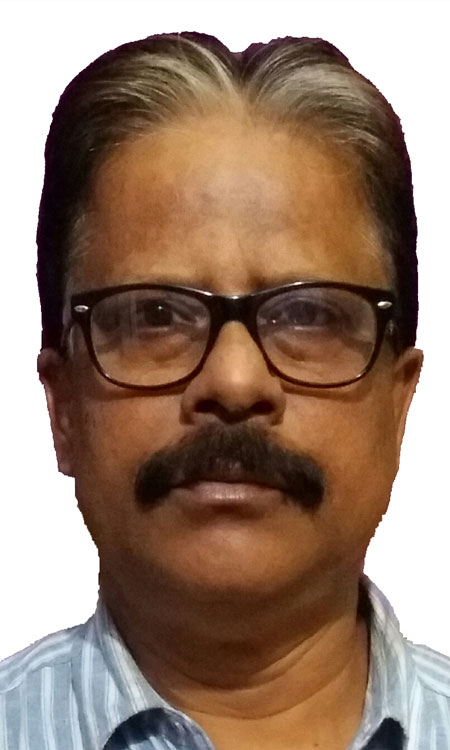 Khadi, the fabric of India

“Every revolution of the wheel spins peace, goodwill and love.” Mahatma Gandhi
Khadi or khaddar is a material created by the fine art of spinning cotton by hand into yarns of planet-friendly fabric for the production of earthy cotton weaves.

The magic of khadi can be traced to ancient times. As early as in 5000 BC, during the Vedic period, tributes were paid to hand-spun, hand-woven khadi that was admired for its quality and magnificence. During such times a spinning wheel was a precious gift at wedding ceremonies. In the Ramayana and Mahabharata there is clear mention of the finesse and artistry of cotton fabrics and the applications of gold embroidery. Around 2500 BC, in the Indus valley, there is evidence of the existence of hand-spun fabrics and its significance in the historic period.

In primeval times khadi was regarded as a fabric that belonged to the Indian Subcontinent. During the invasion of Alexander the Great around 327 BC, Sindon and Gangetika fabrics are known to be consequentially plundered as prized spoils of war. The precious fabrics of Bengal are clearly visualised on the plaques of Chandraketugarh and Mahasthangarh. During later periods, in 6th century, Huen Tsang of China described the fine yarns traded in the manner of precious metals. Marco Polo, who visited India in 12th century, describes fabrics in the region to be as fine as the spider's web.

Romans were great aficionados of khadi muslins and imported vast amounts of fabrics and the Mughal period saw the crowning moment in quality and production of such treasured fabrics. During the industrial revolution, Indian fabrics were widely used in England. That said, the Industrial Revolution was also the reason for the demise of khadi, in particular, and the Indian economy in general.

By the 19th century, the Indian economy had touched rock bottom. The worst affected were the artisans and its weavers. In the year 1891 Indian National Congress promulgated their views to the general public of India and asked Indians to exercise their rights to only buy Indian products. It was the commencement of the national uprising for self-rule.

In 1905 the civil disobedience reached its pinnacle with a symbolic public burning of the British made textiles. In 1915 with the arrival of Mahatma Gandhi civic defiance found further momentum with a renewed spirit. Mahatma Gandhi became an iconic promoter of khadi. 'The All India Spinners Association' was founded in the year 1919. Its formation further supported and validated the movement and with this the establishment of self-rule was set in motion.

The tradition of the hand-spun, hand-woven fabric consequently worked as a catalyst, both ideologically and practically, to resolve the dire basic needs of the Indians. The success of self-rule and the revival of khadi are intermittently locked together. Over a million textile artisans were reinstated with work giving a boost to their spirit and lifestyle. It should be noted that the invaluable reverence to the artistry of the master weavers again found a rejuvenated ethos and character in India. Once more the people of India rejected mill-finished cloth and embraced the varied yards of khadi that were far more appealing to the masses.

In today's age of environment-friendly products and earth-friendly movements, a land that is devoted to hand-spun handloom is the need of the hour. Not only would it be good for the planet, it would be great for India, as a massive generation of employment for millions. This universal craft can easily be a way forward towards self-reliance again.

The Khadi industry has been struggling for survival on account of inconsistent product quality, lack of professional expertise and funding, and lack of unity and resolve within the industry to adjust to changing market trends. The art of spinning needs continuous practice. Many spinners are leaving their profession and switching to other work. A continuous programme of encouragement is the need of the hour.

Experience shows that trendy, good quality khadi products have a good market. It is beyond the capacity of the weavers to pay for good designers. Reviving the khadi industry can bolster employment opportunities in India, predominantly in the rural areas, where 73% of the country's poor live. It is our collective responsibility to protect this heritage that has such great economic potential. We at Nimmit concur with this line of thinking and are here to explore a number of ways to help the fabric of India regain primacy.

From cushion covers to throws to kaftans to textiles that embody the pleasures of simplicity, simpler living and higher thinking, Nimmit will endeavour to take the magic of khadi and its weavers to the world. For as Mahatma Gandhi said, “Every revolution of the wheel spins peace, goodwill and love.