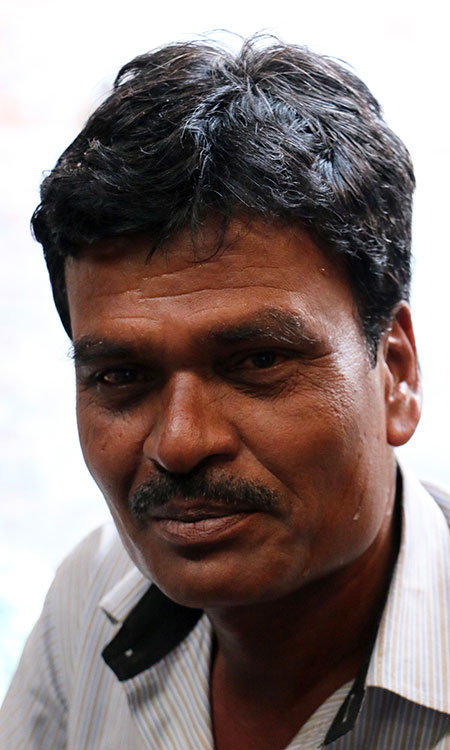 Aluminium was one of the newest metals to be discovered by humans. It does not occur naturally in its purest form and was discovered only in the 19th century, thanks to developments in chemistry and the advent of electricity. Aluminium is named after alum, which is called 'alumen' in Latin.

The Early days of Aluminium

The French chemist Sainte-Claire Deville said, "There is nothing harder than to make people use a mew metal. Luxury items and ornaments cannot be the only sphere of its application. I hope the time will come when aluminium will serve to satisfy the daily needs." Happily for Monsieur Sainte-Claire, Aluminium began to be used in various ways at the turn of the XIX and XX centuries.

Now that we know a little bit about Aluminium, let's meet a man who's intimately related to it, and understand what Nimmit would like to do for the craft of aluminium hand casting and men like Aslam Muhammad. Hand casting aluminium is an indigenous process using a sand pit, molasses, water, bare hands, and a customized machine to create handcrafted products that are appreciated around the world, on this journey. Welcome aboard.

Aslam lives in a small and dusty part of Jodhpur in the Indian state of Rajasthan. He is a mostly-unknown artisan who has been hand-casting objet d'art in Aluminium using this and other unique techniques of his own he has evolved during the course of the 35 years he has invested mastering this craft. Aslam is 53 years old and is the son of Farooque Sheikh. His late father was a grain merchant who fell on hard times, which forced Aslam to take up art as an 18 year old to support his parents and younger sibling. Aslam has an older brother, who is a teacher. Aslam's older brother was fortunate enough to be raised during a time when the family had the means to educate him. As a result, he acquired a qualification that enabled him to take up a coveted white-collar job. Aslam and his younger brother were not so lucky.

That said, Aslam made the best of a difficult situation and took to art and working with his hands like a fish takes to water. He worked hard and even gained state-level honours as a sketch artist. But sketching couldn't pay the bills. That's when Aslam taught himself the craft he is currently so good at. Aslam and his younger son employ a small team of artisans to handcraft items like candle stands, diyas, idols, decorative plates, vases, and other custom-designed creations for customers around the world.

Aslam has a wife and four children. Aslam is totally committed to ensuring they don't have to grapple with all the challenges he had to during their formative years. Sadly, the ancient craft of Aluminium hand casting and artisans like Aslam are under attack. The advent of cheaper machine-made and plastic items has driven many artisans out of this business and deprived them of their livelihood. Skilled craftspeople like Aslam are struggling to keep this ancient art and science alive.