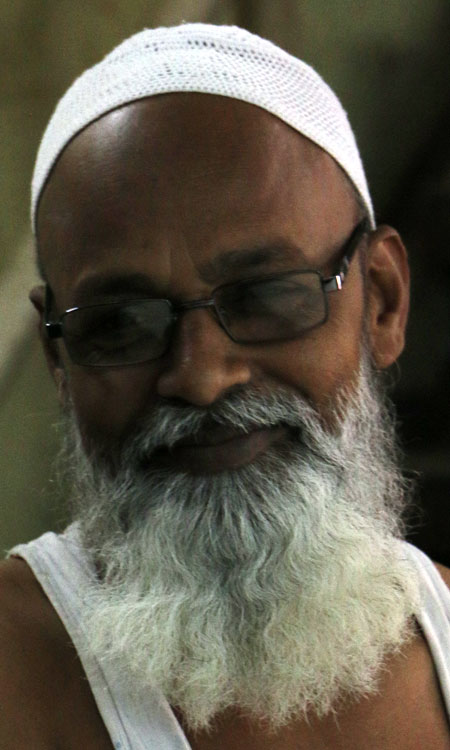 Block printing is a form of dyeing and colouring a fabric using wooden blocks. India is one of the largest manufacturers and exporters of block printed fabric in the world. Block printing craftsmen use wooden or metal blocks to create beautiful designs. The most common forms of block printing in India are Direct Printing, Resist Printing, and Discharge Printing. Textiles and India have been inextricably linked since ancient times. The technique of mordant dyeing, which gives intense colours that do not fade, has been used by Indian textile workers since the second millennium BC.

A short history of Chintz

'Chintz', related to a Sanskrit word meaning coloured or spotted, now means cotton or linen furnishing fabric of floral pattern stained with fast colours and made anywhere, but it originally referred only to colour-fast, light, cotton fabrics made in India for the English market. The etymology of the word offers insight into how very Indian the concept is. The distinguishing feature of chintz was that it was produced in India for the European market by the process technically known as mordant and resist dyeing. The designs were all hand-drawn with a simple bamboo pen called a kalam (literally ‘reed’ or ‘pen’), providing its local term of ‘kalamkari’.

Chintz (from the plural of chint) was originally glazed calico textiles, initially specifically those imported from India, printed with designs featuring flowers and other patterns in different colours, typically on a light, plain background. The designs are mostly European patterns loosely derived from the style of Indian designs themselves reflecting, via Mughal art, decorative traditions in Islamic art such as the arabesque, and especially the Safavid art of Persia.

What was most attractive about Indian chintz was the brilliance and fastness of its colours. Chintz yardage was originally sought after mainly for upholstery, often replacing the more expensive embroidered hangings used earlier. When word spread that Queen Mary had decorated a bedroom with calicoes, the use of chintz hangings on walls, floors and furniture became widespread.

Later, chintz became highly fashionable for the costumes of both ladies and men. The chintz trade was closely connected with the changing fashions in Europe and challenged the economic stability of western nations, provoking passionate political controversy. The absolute craze for these fabrics from India created havoc for the business of European wool and textile manufacturers who lobbied in parliament to levy a large import duty on chintz. In the late 17th and early 18th centuries, the European craze for Indian chintz, printed cotton fabric with a glazed finish, prompted several governments to tax and even ban imports. However, this ban did not stop many fashionable women from wearing chintz costumes. In France women wore chintz in the face of severe punishment, even death.

India’s fame has always rested on its rich tradition of handicrafts, the most coveted of which are undoubtedly the legendary textiles. Many ‘typically English’ fabrics find their origins in India and almost every process of textile manufacture (such as spinning, weaving and dyeing) in the modern mills of today can trace humble roots to India. Very little is known about the Indian artisans responsible for the significant innovation of dyeing cotton with permanent colours. This technique was an Indian secret for centuries. Most consumers or even designers and students are unaware of the importance of the chintz trade between India and Europe and the impact it has made on the aesthetic sensibilities of the textile world.

Not enough recognition has been given to the ingenuity and entrepreneurial acumen of the creative craftsmen who invented natural dye printing techniques and adapted to foreign influences to give chintz its unique position in the world.

The impact of chintz gives us an insight into the technical and innovative abilities of India’s craftsmen. The topic is very pertinent today as India is still a leading exporter of textiles, and her artisans remain as anonymous in a world that is asking, “Who made my clothes?” This is where Nimmit would like to play a role and tell the world exactly “who made these beautiful textiles?” From cushion covers to throws to table linen to pouches to tote bags to kaftans and more, Nimmit will endeavour to take the magic of the very Indian art of chintz and, more importantly, the artisans practicing this intensive craft, to the world and large.